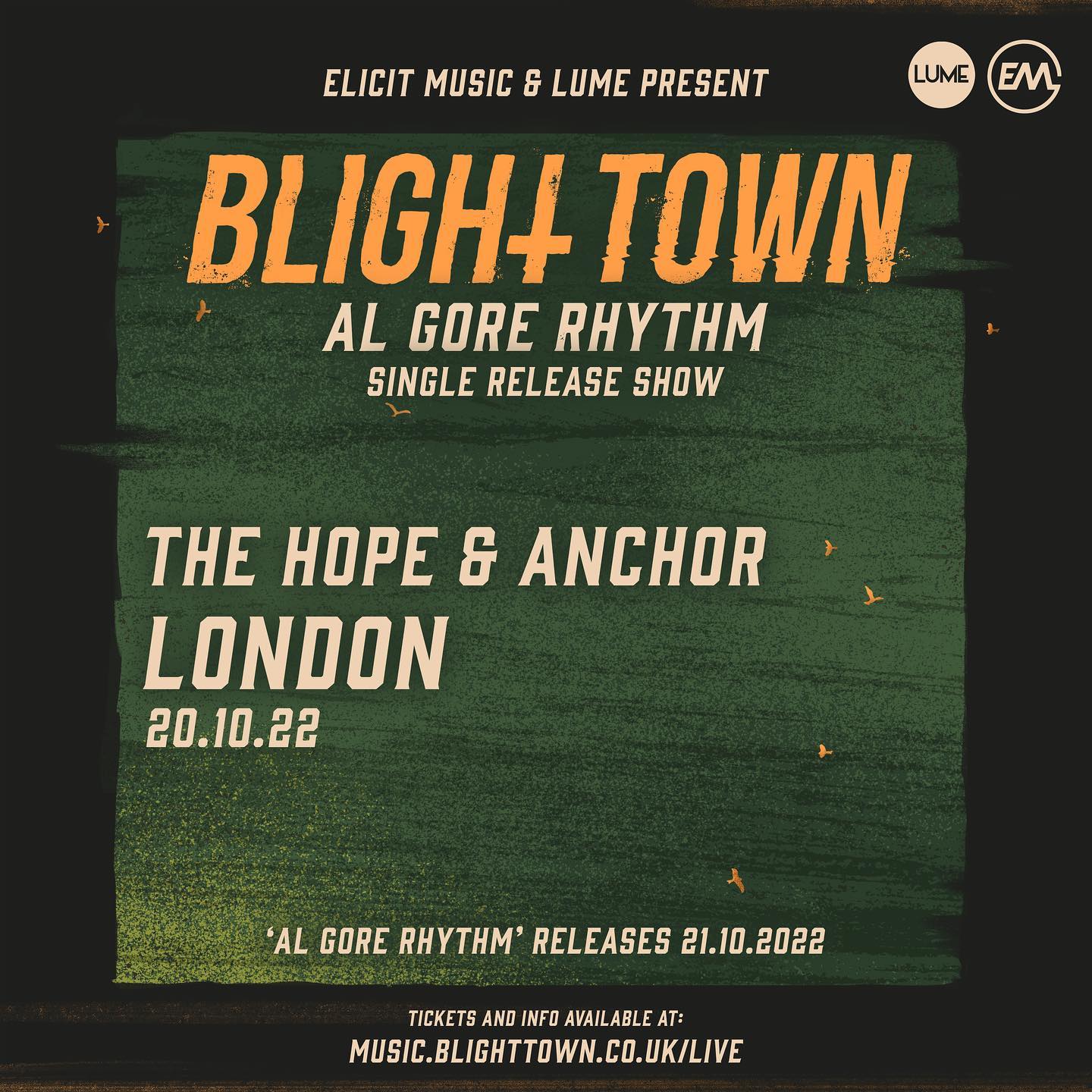 BLIGHT TOWN
Combining elements of progressive post-hardcore, math-rock and pop with influence taken from artists like Dance Gavin Dance, Deftones and Circa Survive, Nottingham 5-piece Blight Town have made a fast and hard impact on audiences since their conception in 2019.
Blight Town imprinted themselves onto the UK alternative scene with their debut self-titled EP in 2021; a sarcastic, meloncholy, self-aware send up of modern relationships, existential ennui and introspective self-reflection. Filled with funky and dancey choruses, jagged riffs, slapped and hybrid picked bass and tight syncopated drums, the band encased catchy songwriting and melodies within complex and occasionally jarring arrangements, drawing significant attention with their impressively self-assured sound in their first foray into releasing music.
Despite a global pandemic taking up the majority of the band’s existence, Blight Town have made their mark in the live circuit, appearing on shows alongside Arkdown, Selfworth, Reclaimer and Black Orchid Empire, and earning appearances at Techabilitation 2021 and on the main stages of UK Tech-Fest and Mangata Festival in the summer of 2022 alongside Oceans Ate Alaska, God Is An Astronaut, Novelists FR, Hacktivist, Vexed, Monasteries and Pupil Slicer among others.
Their infectiously catchy latest single ’Swerve’ marks a new approach to the band’s writing, doubling down on the technical flourishes and unusual shifts in rhythm presented in ‘Blight Town’ but framing them within a sweeter, catchier context. ‘Swerve’ is littered with catchy vocal hooks and a head-bobbing progression which ebbs and flows from verse to verse, eventually reaching an abrupt stop before diving into a perplexing breakdown and crescendo, peaking with the band at its heaviest and most heartfelt to date. The track was paired with a music video displaying an electric performance from the quintet, and received airplay on Triple J’s ’Short Fast Loud’ show in Australia, as well as gathering the attention of various press outlets across the UK in collaboration with Full Stride PR.
Incoming single ‘Al Gore Rhythm’ is set for release on October 21st 2022, with a London headline debut at The Hope & Anchor to mark the occasion.