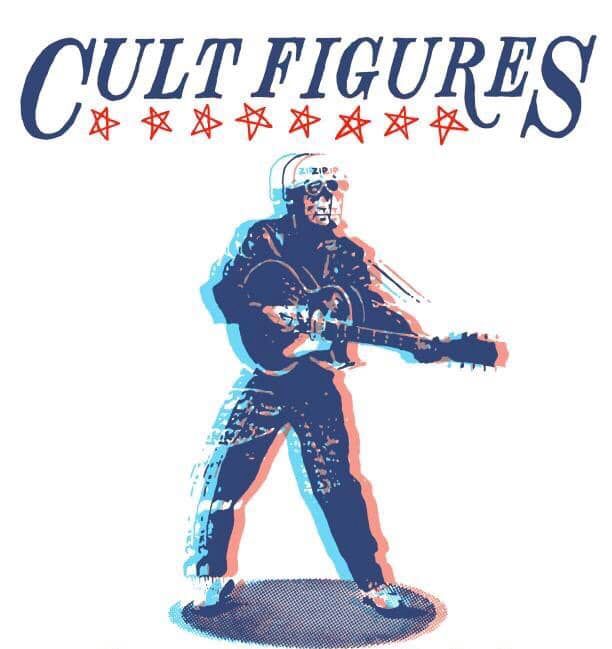 Cult Figures – Cult Figures released two classic singles on Swell Map’s Rather Records in 1979 and 1980. Now they are back and coming to stage near you. Who are, and what is… Cult Figures? Their 1979 single Zip Nolan is a pell-mell mashup of T-Rex, Krautrock and their own unique skewed perspective on pop music. Rumoured to be Swell Maps in disguise, they turned out to be a real band, formed in Birmingham in 1977 (and briefly featuring Roger Taylor of Duran Duran!). A second single cemented their reputation as… err… cult figures… and then… many more years of mystery…
The last few years have seen a (relative) avalanche of Cult Figures activity, two new albums and series of live appearances, some with their old mates Swell Maps.

Oldfield Youth Club – Formed in Autumn 2018, OYC is made up of 3/4 of critically acclaimed 1980’s pop group The Last Party (Two Peel Sessions & Melody Maker Single of the Week with their debut single ‘Mr Hurst’).
Featuring Simon Rivers (Bitter Springs), Neil Palmer & Kim Rivers, reunited with the idea being to pare down & simplify Simon’s songs/lyrics – as a result they are short, powerful, catchy and direct.

AlterModerns – Originally from Brazil, AlterModerns are a Bristol-based duo who have never been afraid to wear their influences on their musical sleeves. Psychedelic, garage, punk blues… they perform ‘docufictional’ songs about how communication, travel and migration affect a way of life. Tipped as a best ‘new band for 22’ by Louder Than War.