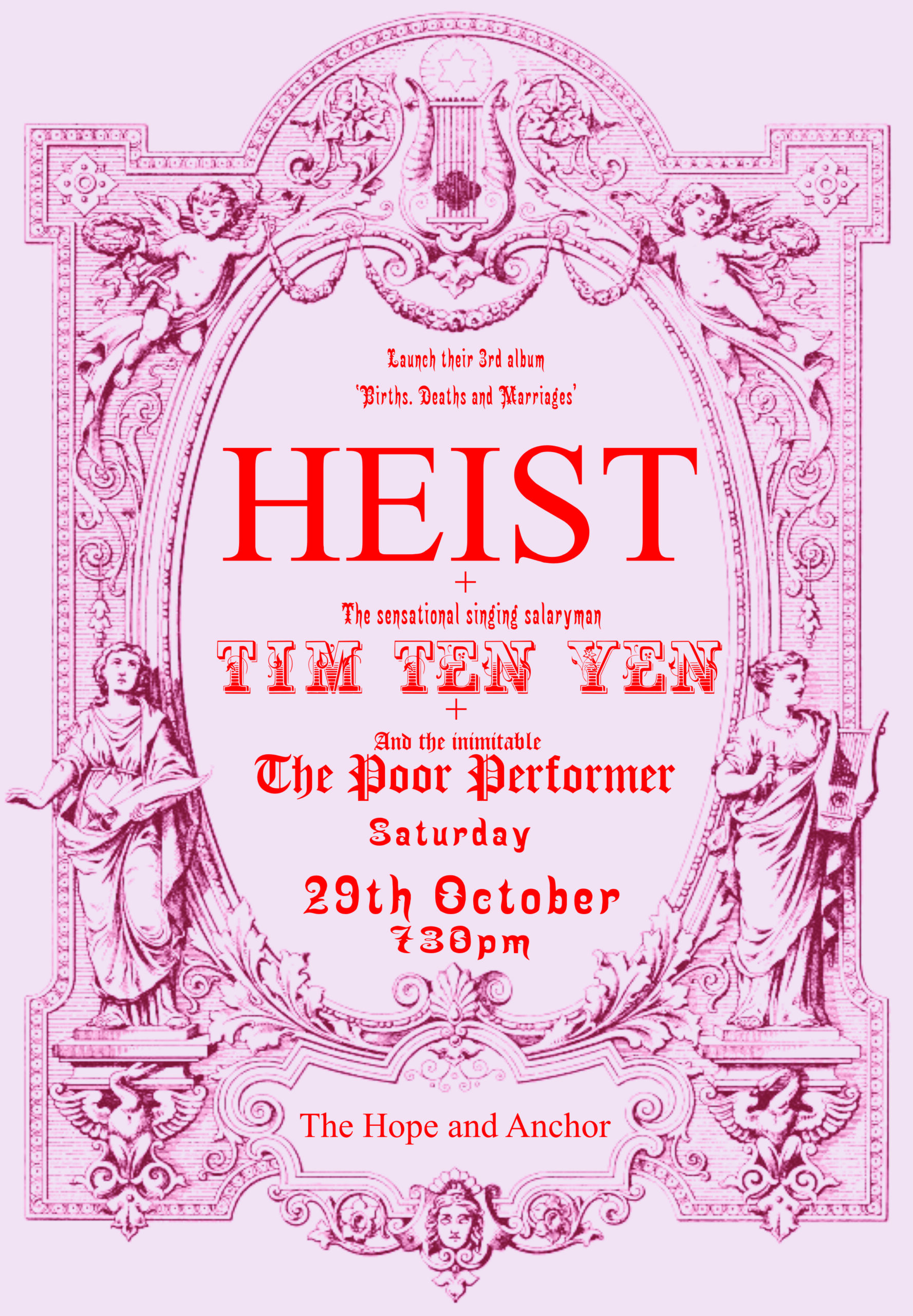 Heist launch their long-awaited 3rd album, Births, Deaths and Marriages, 17 years in the making at the Hope & Anchor, Islington on Saturday 29th October.
We’ve invited some special guests to share the event with us…..Tim (Tim Ten Yen) and the Poor Performer
Tim Ten Yen is a performer and writer first and pop star for all, and along with his animatronic cat which sits on top of his trusty tiny keyboard his masterful live shows have wooed and baffled the crowds of the London Underground to Leeds festival to Iceland and beyond.
Simon Rivers, the Poor Performer, led The Bitter Springs for twenty-five or so years, a group which (largely) self-released a series of critically acclaimed records over more than twenty years.
Weaving the messy threads of suburban life into dense tapestries, he has something of the Go-Betweens’ gift for melody, something of Mark E Smith’s ear for language, something of Vic Godard’s common touch, and almost none of the acclaim that should have been his due.”
Since leaving his day-gig as a postman, Rivers has been busy at work with what will be received as his Meisterwerk, released under the name Poor Performer, the sessions for which produced such an abundance of marvels that the album, Like Yer Wounds Too, will also contain a bonus CD with some of the songs he couldn’t fit on the vinyl.
As critic Jim Wirth put it, “A near-invisible presence on the margins of underground pop, Simon Rivers is well into his fourth decade of making sweet, powerful, crushingraddle lines between sharp observational wit, triteless emotion and sarcastic bastardry as well as Rivers does (often within a single song) and this rare solo performance may or may not harken more, so don’t miss it.