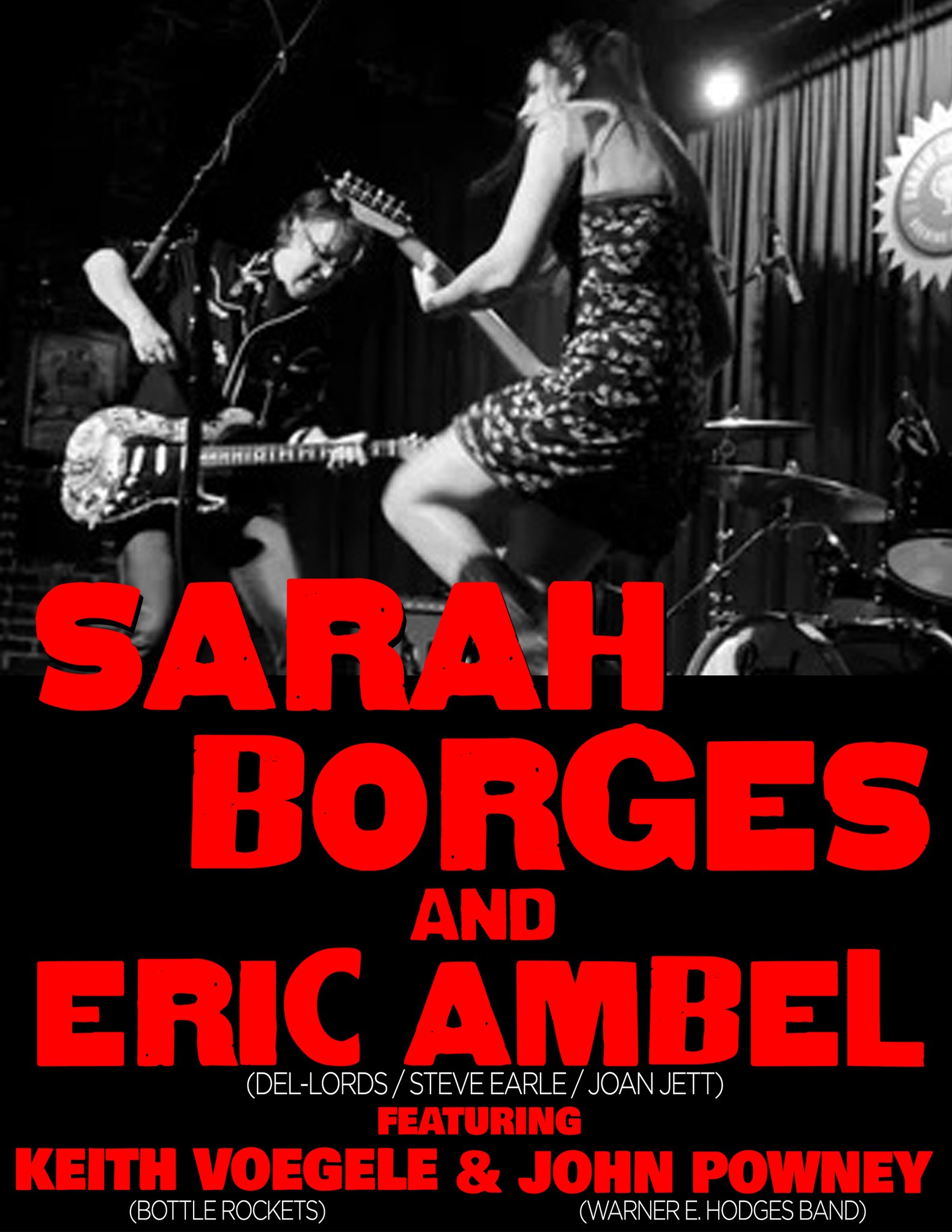 Sarah Borges is a rock and roll musician based in the Boston, Massachusetts, area. Her music has been described as “walking that fine line between punk and country”.
Borges’ wide variety of influences are often noted. They range from Dolly Parton, Mahalia Jackson, X, Sid Vicious, Merle Haggard, to bubblegum pop.
Support on the night from The Carol Hodge Band & Boss Caine