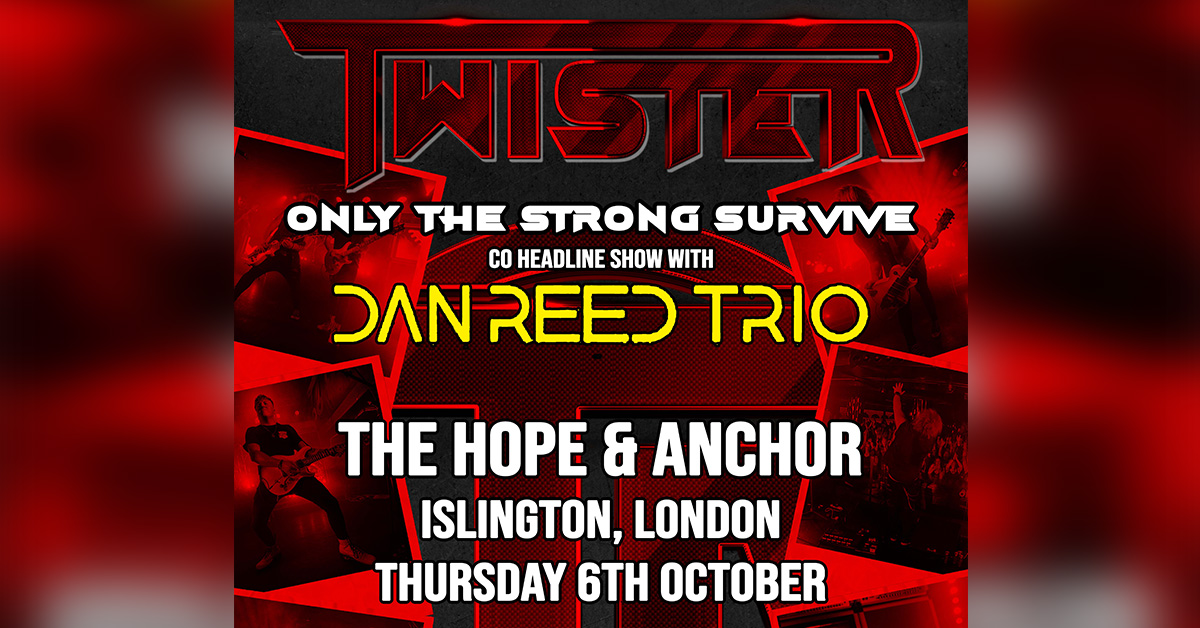 Following their successful UK headline tour in April this year, modern rock outfit Twister are delighted to be heading back out on the road in support of their brand new EP ‘Only The Strong Survive’ Set to be released October 21st 2022.
Having already released two singles ‘Own Worst Enemy’ and ‘Don’t Play Nice’, debuting at #2 & #3 in iTunes charts respectively. The band is now excited to be heading back out on the road to show fans new material from the rest of EP, which is available for pre-order here.
Singer and guitarist Stevie Stoker comments: “Twister are evolving and progressing with every release and the momentum we’re building on the road is really driving us to bigger and better things in the studio. It’s such an exciting time.”
Following another session with Grammy nominated producer Ramesh Dodangoda, ‘Only The Strong Survive’ will contain two additional singles ‘Secrets’ & ‘Favourite Underdog’ which sees the band spread their wings further across multiple genres to bring you something fresh and authentic.
Joining the band on the road at different stages of the tour will be Dan Reed (accompanied by his Trio) for a co-headline slot as well as Jason Sweeney and the Takeaway Thieves amongst others as main supports as well as stopping off at some high profile festival slots along the way.
To celebrate the release of their new EP the band are offering a number of special bundles. Firstly a limited edition version of the EP with bonus acoustic tracks that will only be available exclusively for pre-order alongside a ticket for one of their headline shows. Fans will be able to collect their copy ahead of the scheduled release date at the show of their choice.
The band are also offering a VIP upgrade at all headline shows that allows the ticket holder access to an exclusive 30 minute acoustic set where Twister will be playing songs that haven’t made it into that night’s setlist.
Lead guitarist Jake Grimes explains: “The first headline UK Tour was a massive success and a great opportunity to showcase what we can bring to any event, we’re just delighted to be getting straight back out there and going even bigger and better than last time!”